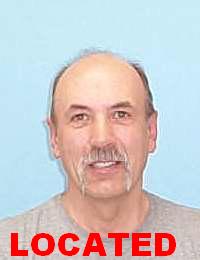 UPDATE ***Roger BYER was found deceased with his work vehicle in a secluded area near Yellow Creek, SK on the 1st of April, 2010. A Homicide investigation is now being conducted.***

Handle-bar moustache may be shaven off


If you have any information regarding the disappearance of Roger BYER please contact one of the following agencies: