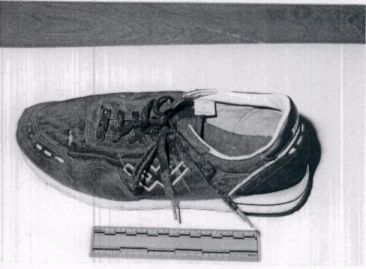 In 1993, a human foot and running shoe were located along the North Saskatchewan River near Prince Albert, SK, approximately 1 km west of the river forks. The foot was examined by the University of Saskatchewan Department of Archaeology. It was determined to be that of a robust male, size 10, big boned, and athletic, likely between the ages of 30 and 60. This case is being investigated by the Office of the Chief Coroner and the Royal Canadian Mounted Police.

Size 10 "Blitz" brand navy blue running shoe. This particular brand of shoes was retailed exclusively by Saan stores between 1986 and 1989.


If you have any information regarding the disappearance of Foot Prince Albert FOUND HUMAN REMAINS please contact one of the following agencies: