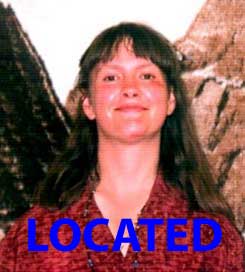 Jacqueline LATE was last seen on the 17th of January, 2007, leaving her residence on the 300 block of Ave D South, Saskatoon, SK. Jacqueline has wandered off in the past, but never for this length of time.

UPDATE ***Jacqueline LATE's remains were found on April 13, 2007 inside a detached garage located at the rear of a residence in Saskatoon one block from where she went missing on January 17, 2007. It appears as though she sought shelter in this garage and died of hypothermia. There is no foul play suspected in her death after the autopsy was completed. Jacqueline was dressed as described when she went missing and it is suspected she passed away shortly after her disappearance. The garage she was found in was not in use and the owner had not been in the garage for approximately 3 months.***


If you have any information regarding the disappearance of Jacqueline Joy LATE please contact one of the following agencies: