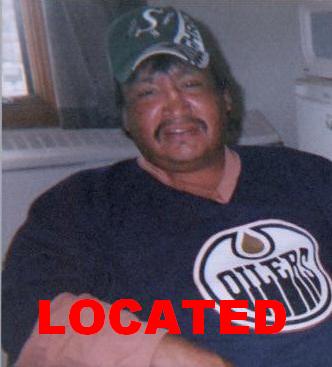 On the 25th of June, 2011, Ronald PEEQUAQUAT was last seen leaving a home on the Red Pheasant First Nation stating his intentions to hitchhike to North Battleford, SK along Highway 4. There have been no confirmed sightings of him since that time. Subsequent searches and investigations have not been able to locate Ronald PEEQUAQUAT.

UPDATE ****On the 6th of December, 2011, Ronald PEEQUAQUAT was located deceased in North Battleford.****

Scars on both arms

An Oiler's jersey, a blue windbreaker jacket and a Saskatchewan Roughriders hat (or a red lumberjack style jacket)


If you have any information regarding the disappearance of Ronald William PEEQUAQUAT please contact one of the following agencies: