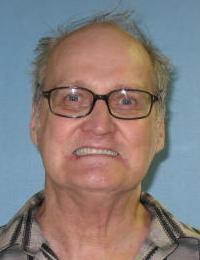 Michel Guy FAVREAU lived by himself in Nipawin, Saskatchewan and was in good physical health at the time of his disappearance. FAVREAU suffered from depression and was on medication for that illness. The last time anyone spoke or saw FAVREAU was between September 22nd and September 25th, 2011. On October 4th, 2011 Michel FAVREAUS's vehicle, a 1998 green Chrysler Intrepid, was observed abandoned at Carol's Cove camp ground near Nipawin. The vehicle was locked, the keys were in the ignition and FAVREAU's wallet was inside. Several searches including ground, water, and air were conducted in hopes to locate FAVREAU were unsuccessful. At this time there is no evidence to suggest that Michel FAVREAU's disappearance is suspicious in nature.


If you have any information regarding the disappearance of Michel Guy FAVREAU please contact one of the following agencies: