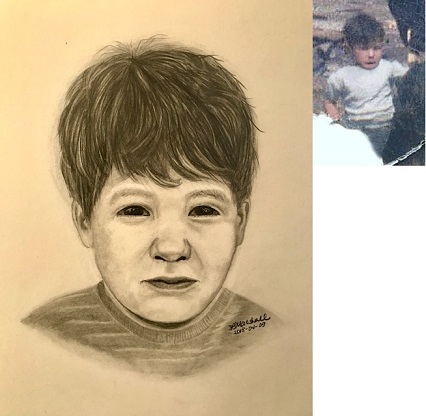 Donald LARIVIERE was from Pinehouse, Saskatchewan. In May of 1967 he was at the Pinehouse airstrip with his father. His father was intoxicated and fell asleep at the airstrip. When he returned from the airstrip, he didn't have Donald with him. Donald was 3 Â½ at the time that he went missing. A friend of the family saw a picture of a young boy holding a black puppy, the caption above the picture was "Black - goes by Nikki". The friend thought that the child resembled Donald LARIVIERE. The picture was in a news paper in the states. Family friend contacted the paper and was told that "he was claimed already".


If you have any information regarding the disappearance of Donald Jimmy LARIVIERE please contact one of the following agencies: